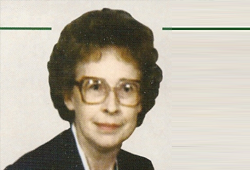 Vision and perseverance were two strong qualities of Wilma Shriner, from Blackwell, Oklahoma. Mrs. Shriner was instrumental in establishing a Fund at St. Joseph Church in Blackwell in 1965 to serve as a rainy day fund for her parish. Upon her death in 2010, Mrs. Shriner bequeathed 5 rental properties in Blackwell to the Fund. As the properties were sold, the St. Joseph Parish Fund and the St. Joseph Church Fund were established at the Catholic Foundation. Continuing her legacy, Mrs. Shriner also bequeathed a 138 acre farm in Noble County to establish the St. Rose of Lima (Perry) Church Fund at the Catholic Foundation. Income from these funds will serve both the rainy day and operational needs of both parishes for years to come.