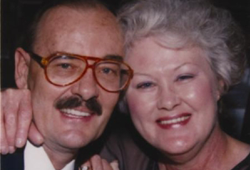 In her life, Sherri McLaughlin was always thoughtful and cared for others. Likewise, in establishing a legacy at the Catholic Foundation, Sherri desired to help others. She wanted an endowment fund at the Foundation to be used for missionary and seminarian purposes, in memory of the work of Father Stanley Rother. After her death in June 2011 the Fund was established to provide financial support to the Archdiocese of Oklahoma City in an Endowment Fund that would honor Father Stanley Rother's memory through support for his Seminary Burse, expenses of priests from Guatemala, or program expenses for churches, schools or hospitals in Guatemala, as determined annually by the Archbishop of Oklahoma City.